I didn’t know I needed a Demitrius Graves

GUEST POST: It sounds strange to most people I know. How do you connect with a complete stranger online? Connect in a platonic soul reaching way? With a person two decades younger, male and from a different ethnic background? The internet strips you of all those things our minds are conditioned to separate us by; sex, race, age, socioeconomic … it’s just a made-up handle typing out words to another made-up handle. Maybe you can guess something about the other by the handle they made. Most times not. People create personas that are different from who they are forced to be in their day to day life. As I type that out I think there is my answer. That is how you end up connecting with a complete stranger. All of your guards can be let down and you can admit things you would never tell your child or even a spouse. I didn’t know my soul needed a Demitrius Graves when I joined a FaceBook group to chat about reality TV.

I did join the group with a little hope that I could have conversations with other women my age who would “get me.” And I did. I met a few of women like me. Same age roughly, same morals, same desires … but I met a young man named Demetrius who changed the way I saw my world and the place I have in it. Not that I’m going to put on a Wonder Woman cape and save the whole world but I get my ability to shape my children’s more now. I see the idealism that young people have as more than just a sweet thing that they will have to out grow, but as hope. I forgot my hope somewhere between 21 and 40. You could read the hope in Demitrius in his words. It oozes from him right into you. It was infectious! I also saw the struggle this world places on young men. Especially young men of color. It’s a scary place when you can be shot and it seems the world blames you. When an orange haired baboon can spout racists ideals and be cheered, and cheered by people you thought loved you in your differently colored skin. When you have talent and drive but are still told it’s not enough to succeed in a business that exploits your poverty. These are things my friend Demitrius faced every day. I’m ashamed to admit that I didn’t always listen. I wanted him to feel safe, so dismissed his fears.

What I remember most of all is all the beauty he would post. We would have a sad conversation in private and I would look at his posts and see all this art. Brightly colored. Different medias. Different artists. I asked him about it once, he explained he posted whatever he thought was pretty. It made me stop and look at everything a little more. Wonder why that picture was pretty to him. There was never a rhyme or reason just random bits of pretty. What I did understand early on was that he felt a need to fill his space with beautiful things because the world could be so ugly. It gave me opportunity to focus on good things as well. If I wanted to tune out how frightening society was becoming all I had to do was look for Demitrius. I never told him how much I looked forward to his posts. I’m not sure I knew until they were suddenly gone. I miss him. I miss his spirit and his goofy prose. I post art now. I try to do it daily. I use Demitrius’s rules. I post what I think is pretty. No rhyme or reason. No thought other than, ” I like that”. Every time a person asks I tell them about Demitrius. It’s not much fame, but it’s what I can do to spread his name. I have created a sitting room for myself. I plan on placing an easel in there and giving art a go. I began writing bits and pieces too. That’s thanks to him as well. If anyone asks, I’ll be sure to give him the credit he deserves. He was taken too soon, but I hope somewhere he knows he had a good influence on the worlds of people he touched and, if I can help it, he will continue to touch.

Thank you, Demitrius Graves. Thank you for not caring about what separated us. Thank you for showing so much hope and beauty to a woman who forgotten hers.  by Krista Thorkelson 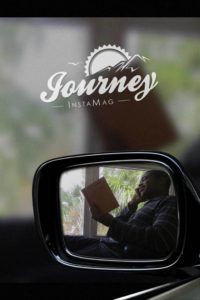